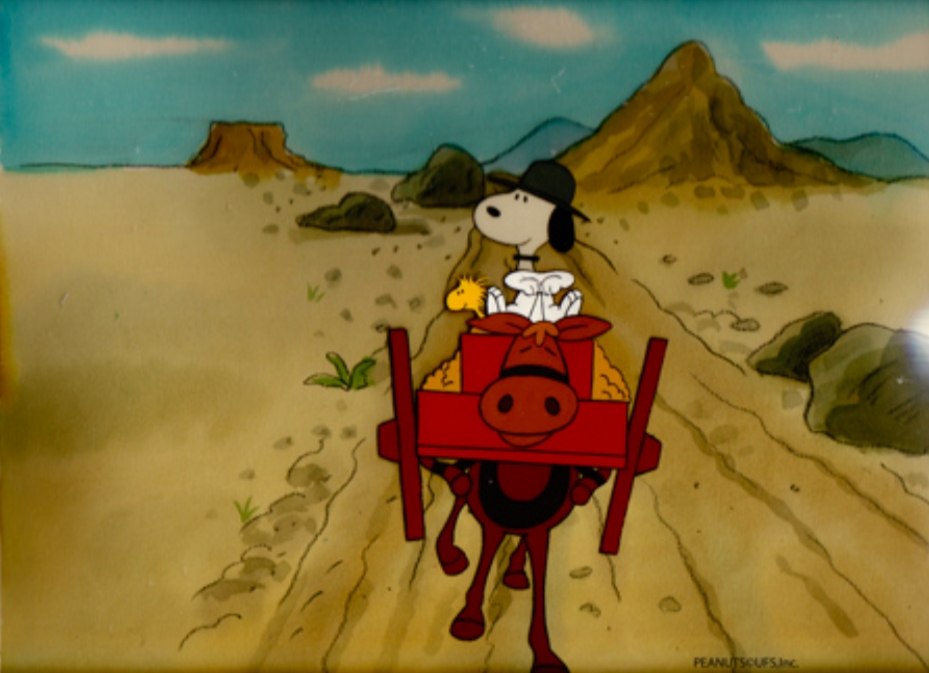 This is an original production cel set-up mounted on key master background, with animator's original production drawing(s). This was used in the making of "This Is America, Charlie Brown" an eight-part animated television mini-series that depicts a series of events in American history featuring characters from the Charles M. Schulz comic strip "Peanuts". It aired from 1988 - 1989 on CBS. The first four episodes aired as a weekly series in October and November 1988 with the final four episodes airing monthly from February to May 1989. Featured here are Snoopy and Woodstock. 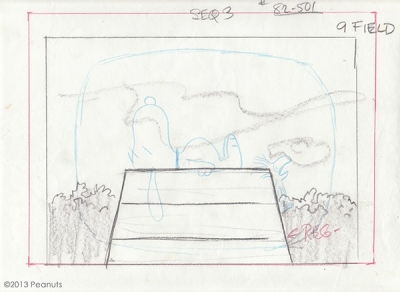 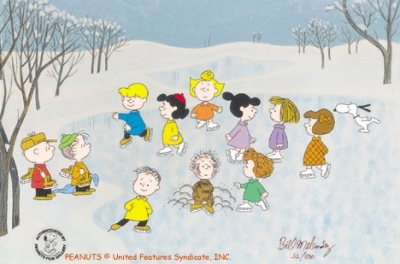 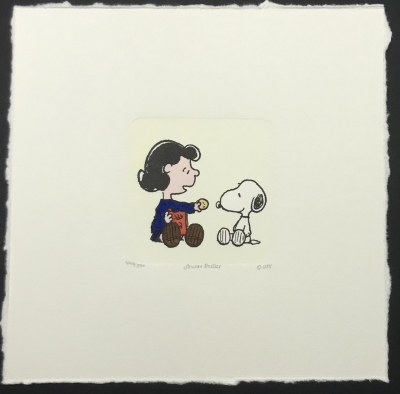